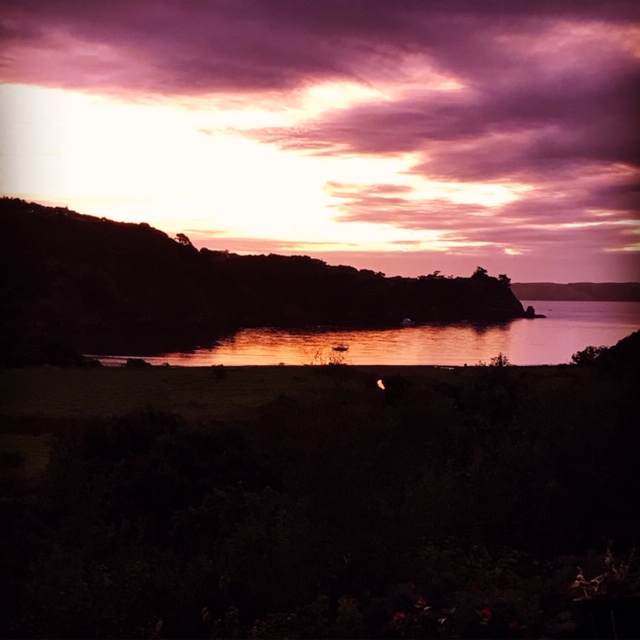 A Change of Seasons

Who else has been enjoying this mild autumn weather?! We’ve had so many days recently when it’s been pure delight to be outside working with my hands in the soil. It’s a major clearing out and planting time of year in the gardens here. If you were requesting the perfect weather for such tasks this would be it. Not too hot, not too cold, with the occasional rain to make everything moist, but not so much water that the ground becomes a muddy mess. I’m sure those days are coming but for the moment I’m revelling in a gardener’s ideal working conditions.

There’s plenty of signs that winter is on its way though. I’m not sure where the daylight is hurrying off to so fast, but 5.30pm feels like far too early to be finishing the outside work. Early morning harvest season has finished for us, so I’m okay about the darker mornings though, not being a naturally early riser. I’m positively cheerful about the fact  that I can now get up at 7am rather than 6am, entirely guilt free. I feel for our commuters who leave in the dark, and come back in the dark. I do love seeing those sunset ferry photos that commuters post that pop on on my feed though, with the city silhouetted receding into the distance over the water.

The crisp mornings I like for their refreshing wake up call. The colder evenings I like if someone else lights the fire. We’ve had a resurgence of fog lately too, resulting from the more significant temperature differentials between water/land/air.  I love the moodiness of fog, and the way it makes the landscape take on an entirely different character. Then I hear the ferry fog horns and remember that’s it’s also problematic for transport. I’m both grateful I‘m not caught up in the chaos, whilst also feeling genuine sympathy for those that are.

The chickens have definitely decided that they need a break after the summer. They haven’t laid any eggs for several weeks, and are rapidly losing their feathers in their annual moult. The most beautiful hens can go from looking gorgeous to scraggly just about overnight. They’re not looking at their best and from observation unfortunately losing their good looks also appears to affect their social status as they drop to the bottom of the pecking order. The rooster also chases you away from the best food. Eerily close to some human behaviour at times. We think we are superior to the humble chicken but perhaps we are not as far away from them as we might like to think.

Which brings me to mice. And their rather larger relatives. Recently I saw one of our chickens swallow a mouse whole, which was slightly disturbing. I should have been applauding, for it is at this time of year when these particular animals start making their presence more unwelcome. Like any sensible animal, once it starts getting colder mice and rats head to warmer spots to live. Humans conveniently provide such five star accommodation with their heated houses that provide all sorts of rodent friendly wall and roof spaces to make nests in.

Humans and rodents have never really existed comfortably side by side, and the sound of scurrying feet above your head gives most of us the heebie jeebies. I’m also scarred from my childhood where I still haven’t got over the scary rats from the cartoon version of the Rats of NIMH. My dad had to take us kids home mid way through the movie which was supposed be a real treat. Although from memory the owl was scarier than the rats.

I kept pet mice as a child, and one of my children also had pet mice for a while, so I’m not immune to their charms. They do have some cuteness factors with their soft furry little bodies, and the way they delicately hold their food between their two front paws while perching on their hind legs. I admired their industrious natures, constantly rearranging their nests to their satisfaction. Rats are also kept as pets, and although perhaps more intelligent than mice, I don’t quite see that same cute factor.

Despite legitimate pet status, we’re not that great at living harmoniously with rodents. There’s no doubt that they cause a lot of environmental damage to our forests by preventing regeneration by eating seeds and fruit, and eating birds eggs, chicks, insects, lizards and more. Hence I’m sure they will be the major target in the ‘predator-free’ campaign for Waiheke. They also eat my home-grown bananas, and it’s hard to forgive them for that. Rodents are also strongly associated with disease in our minds. Don’t google the diseases, the names alone will give you even more heebie jeebies.

Controlling rodents is an unfortunate necessity for most people, but killing an animal is something which is always hard to do, whatever the reason. For some people perhaps not, but it always will be for me, and I don’t want to lose that human softness. But I am able to look at the bigger environmental picture and the sheer uncontrolled population numbers which means we have a responsibility to keep numbers under control. There is also only so much wall scurrying I can take. If you want to get on top of rodent populations in your own backyard, now’s the time. And if you truly can’t face dealing with them yourself, it’s a job you can outsource, and I won’t judge you for that. It’s better than not doing at all.