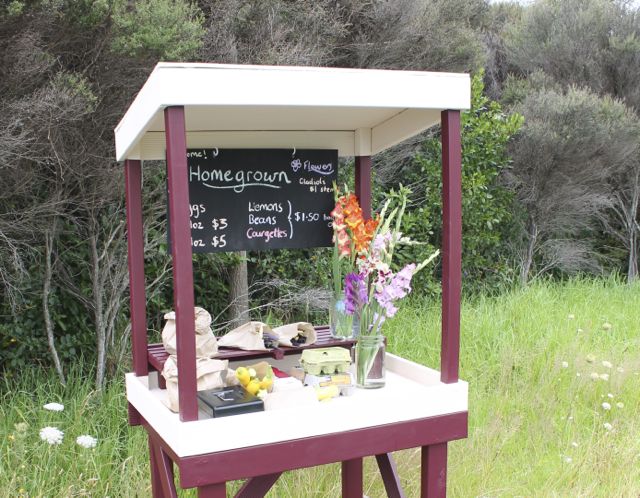 This article originally appeared in the ‘Waiheke Weekender’.

Pop-up shops are a current trend. The ‘pop-up’ name might be new, but the concept has been around in a variety of guises for a long time. My favourite local pop-up enterprises are the roadside fruit, vegetable  and plant offerings which sprout up in various places around the island. Some have regular seasonal appearances, some have permanent structures, and more simple ones come and go. With a variety of produce from lemons to plums depending on the time of year, they always come with an ‘honesty box’ attached (or perhaps just a sign which says ‘put the money in the letterbox’).

I’m in full support of the concept of an honesty box . In todays society putting out an honesty box expresses a fundamental optimism in the basic integrity of people, an idea which is worth holding on to. There have been predictions of the demise of the roadside stall for a long time, due to the number of thefts which the operators experience. But despite these predictions, roadside stalls are still to be found dotted around both locally and throughout NZ. 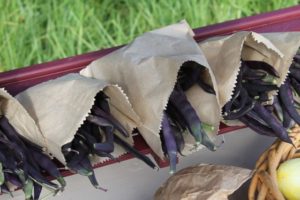 There have been a few attempts to make it easier for people to discover roadside stalls with various online maps and apps. I don’t think any of these have been very successful, partly because of the stalls often temporary nature. Instead you need to discover them for yourself when you are out and about. That is half the pleasure of roadside stalls for me. It feels like an unexpected treasure discovery whenever I spy a new one.

Lemons are particularly welcome at this time of year. Having grown up with a lemon in every backyard, it still goes against the grain to have to buy lemons from a shop. I used to have a couple of prolific lemon trees, but they both succumbed to damp feet, and my replacements are taking a while to get up to speed. In the meantime I’m more than happy to support the local roadside economy.

The ultimate aim for a dedicated roadside shopper is to have your own offering. I’ve had my own stall on and off over the past few years. It’s provided a surprising amount of pleasure, quite apart from the steady pocket money which has been reinvested back in the garden, or at least pays for the chicken feed.

One of the best reasons for having your own stall is the supply of small change. A small change cash economy is still of importance to the roadside stall, and the only reason apart from school tuck shop and school mufti days that I find myself needing actual physical cash these day. Your own stall will supply numerous small coins which you can then spend in other stalls. A win for everyone.

Over time I have come to the realisation that I like spending time in the garden far more than time in the kitchen. I’m happy enough to use produce from the garden regularly for dinners, but I’m not so keen on hours spent preserving the excess. Having a stall means I can keep the garden harvested without any guilt about this excess not being used, so nothing is wasted. I also like the aesthetic of a stall, however simple that may be. I enjoy the action of putting beautiful fresh produce in paper bags, and then arranging it on the stall. Maybe I could have been a greengrocer in another life. 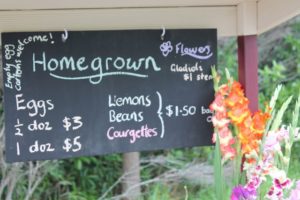 Yes theft has occurred and it would be incredibly discouraging if you were relying on a stall as your main source of income. I put my own losses to theft at about 10%. There are several types, from theft of the produce, to theft of the money left, to leaving small foreign coins. The foreign coins amuses me somewhat. Some people obviously feel obligated to leave something, even though it is worthless to me. At least it’s given several new additions to the children’s coin collections. But the action that annoys me the most is the people who take half the produce out of the bag and leave the rest. This makes it look like I have really expensive beans/oranges.

I’m still keeping the faith overall about people’s honesty. I’m focused on the honest 90% of people, and if we don’t give people the opportunity to be honest then they won’t be able to practice it. It also feels good to be honest, even when no one is watching.