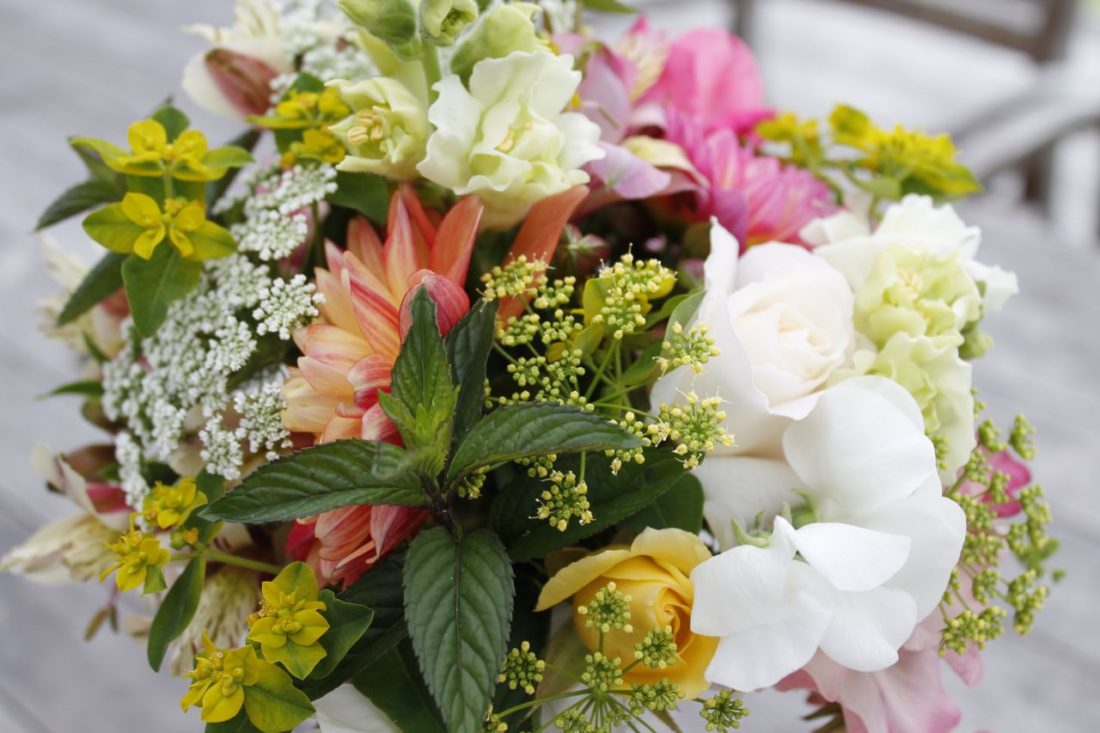 Where have your flowers come from?

It’s the week to celebrate locally grown flowers! Well to be honest, NZ Flowers Week was last week. But given that in the rest of my life I’m about two months behind, I figure a week is nothing of significance.

Some of you will know that I’m a little obsessed with flowers at the moment. It’s been a passion that’s developed over the past couple of years and my family will vouch for the fact it has taken over my life. My version of a mid life crisis perhaps.

So why NZ Flowers Week? Obviously the flower industry (including me!) would like you to buy more flowers. If you are going to spend money on something to make yourself or others happy, then flowers have the ability to bring so much pleasure for a relatively small investment. But a week dedicated to flowers is more than just a marketing tool. NZ Flowers week is an opportunity and a prompt to start having a few conversations about where our flowers are coming from, and how they have been grown and treated.

I’ve found that most people assume that all flowers sold here are grown in New Zealand. It’s an assumption I can understand, and one too that I would have made previously. Flowers have a short shelf life, so it’s hard to imagine that they would be transported here from halfway around the world.  But in 2016 four million stems of roses were imported into NZ from India.

Overall about 25% of our flowers are imported. 75%  of our flowers are grown here, which compared to other countries like the USA and the UK is actually very good. Their statistics  would be reversed. In the USA about 75% of the flowers are imported. Many are imported from South America, which was somewhat ironically heavily financially supported by the USA in developing it’s cut flower industry, to give the population an alternative to growing coca for cocaine. Now Colombia and Ecuador are world leaders in flower production, and numbers of flower growers in the USA have plummeted as a result. Now there is a small but growing trend to ‘buy American grown’ instead in an effort to revitalise their own industry.

So overall we are doing well. But trends over time will need to be watched. For example in 2015 300 000 chrysanthemums were imported. In 2016 this jumped massively to nearly a million.  And like roses, we have excellent chrysanthemum growers right here in NZ, who through the use of climate controlled greenhouses can provide flowers all year round.

My pursuit of developing my own cut flower farm has given me a peek inside an industry that I previously knew nothing about. The growing of flowers is called floriculture. The floriculture industry worldwide is increasing, but anecdotal evidence would suggest that this may not be the case in our country. Experienced growers are retiring, land prices close to major urban areas mean it it may be more lucrative to sell the land used for development. Floriculture can be hard, physical, repetitive work. The end beauty helps but there is an enormous amount of work, expertise and technical production that goes on in the background. There is also an argument to be made for decades of lack of recognition, focus, and investment into research and development by the relevant government agencies in floriculture compared to other horticultural sectors.

I do have concerns about how some of these imported flowers are grown. There are no specific fair trade agreements for flowers imported into New Zealand. Maybe these flowers are grown ethically, with fair wages paid, minimal use of chemicals, and non toxic treatments after they have been cut to make them last longer. But personally that’s more faith than I can have without any hard evidence to the contrary. Also, every flower that has the ability to be propagated when it arrives in NZ will have been dipped in glyphosate (that’s the Round Up which everyone loves to hate) to make sure they are not able to be be grown by cuttings. This is a biosecurity measure to stop new diseases finding their way into our country, but still if you are trying to avoid the use of such chemicals in your life, it’s one more thing to be aware of.

I saw a NZ social media post recently where the person had posted a picture of some Colombian roses. Columbian roses are well known in the floral industry, as a typical Colombian rose is very large, and they also come in a range of gorgeous colours. I can understand the appeal of them. However the post was about the importance of buying local, as they had bought these from their local florist, rather than say the more anonymous supermarket. The hashtags #buylocal and #colombianroses sat side by side. I didn’t point out the irony, although I was dying to.

According to the NZ Flower Growers Association, in 2016 the main flowers imported were roses, chrysanthemums and alstromeria. These top three are also produced by NZ growers, all year round.

So I encourage you to be brave to ask about origin. Roses would be a good one to start with. I know it can feel a bit awkward asking such questions.  But just like knowing and trusting where your food comes from has become increasingly important for many people, it would be fantastic to see this becoming important for flowers as well.  NZ is an amazing place for growing flowers. It’s an exciting industry with many possibilities that can do much to provide local investment and employment in communities all round our country, but ultimately it needs the support and recognition of the people who are buying the flowers. Here’s to NZ Flowers Week, and more beauty in every day.